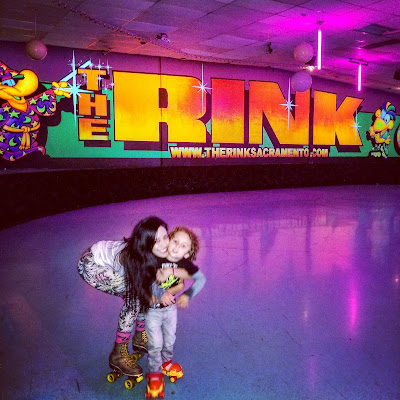 "C'mon, let's go" are the words that came out of Phoenix' mouth as he was about to step foot into the rink for the first time ever. This two year old was determined to join everybody else in the rink. I haven't blogged for a while now. Our hospital stay (more on that later), doctor visits, moving, other changes, and settling in to our new place kept us pretty busy. So here's the latest little adventure we went on.

My sister had come into town for Thanksgiving, and was going to leave us in a couple of days. Before she left, we wanted to do one more fun activity with her. So I suggested the skating rink, and she agreed! Neither one of us had been there in years, and Phoenix had never been.

We went to The Rink off of Bradshaw Rd, in Sacramento. That's the skating rink I used to occasionally go to as a child, and the last time I had been there was for my sisters birthday when she was a teenager. We went on a Wednesday, which is when they have Wacky Wednesday from 5pm-9pm. We got there around 7 pm, which was enough skate time for Phoenix' first time.

Admission was $3, and $3 to rent roller skates and $5 if you wanted to rent roller blades. If you didn't skate and were there to spectate you had to pay $3. The admission was the same price for any age, even  for a toddler. They had special roller skate rentals for toddlers, which was perfect for Phoenix. They also had PVC pipe "walkers" for small kids to use in the rink, for an additional $5. I thought those were super neat because I could see kids about Phoenix' age using them independantly out on the rink. But I wanted Phoenix to experience the rink without them for his first time. When we go back we'll try one out.

Once we got settled into our roller skates, it was time to "hit" the rink. Phoenix felt nervous about his roller skates at first, but I assured him by showing him that mommy was wearing some too. He held my hand as we made our way to the rink with our skates on, and just as we were about to get in-- he said, "C'mon let's go!" He was excited, and during our first lap he asked if it was a "happy party" and I said, "sure, this can be a happy party." 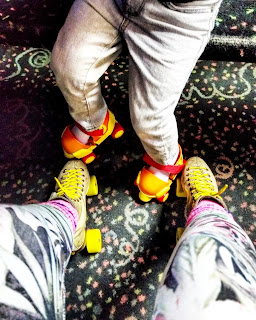 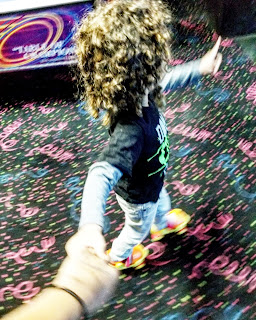 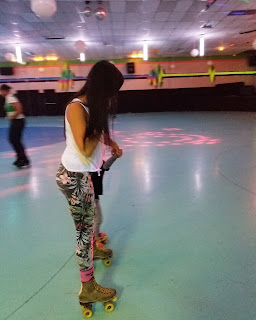 The music was on, most white lights were off, and the colored lights were on. I tried letting his hand go here and there to see how he would do on his own, and he did just fine, but then he would get a bit scared and want to hold my hand again. We also participated in the "red light- green light" game, though we didn't get very far. Then after haven fallen once, he was a little more apprehensive about skating so we took a break and got off the rink. I bought some nachos (with the jalapeños on the side, for me) from the snack bar. We made some new friends in the process, and after finishing our nachos we got back to the rink to finish our skating. 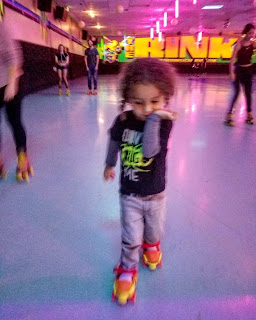 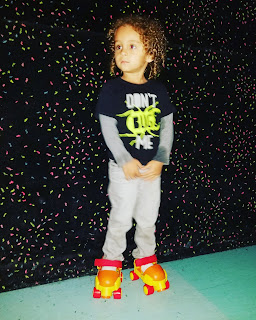 Phoenix was my slow skate partner as the skating session was coming to an end, but really, we were slow skating the entire time. I think we are both looking forward to going back, and having time to play in the arcades too! We will definitely be trying out the PVC pipe "walker" that way mommy can get a few laps on her own. 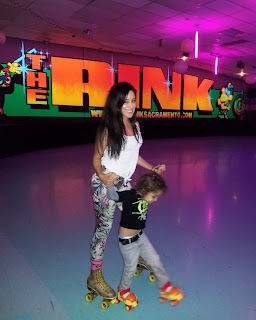 Directions to The Rink: