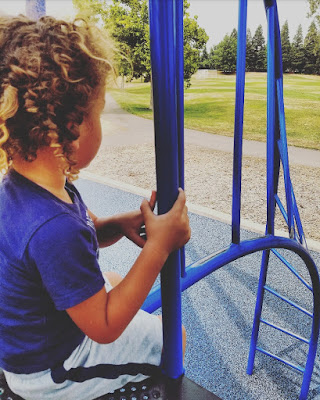 As George Bernard Shaw said it, "We don't stop playing because we grow old;  we grow old because we stop playing." I am a strong believer of this quote, and I strongly believe that play is important for both adults and children alike. Play invokes exploration, and we learn through exploring the world around us. For Phoenix, play is part of his daily routine. Whether it be at home with his toys, outdoors in nature, or at a playground, play is a must!


Not too long ago we visited Phoenix Park. We, of course, needed to pay this park a visit, for the obvious reason. Phoenix Park is in the Fair Oaks area, about 15 minutes from where we live, and is located at 9050 Sunset Avenue. The park is open everyday from 7am-7pm.


It was a weekday, and we got there around noon.  There was one other car in the lot, and it felt like we had the entire park to ourselves. We parked near a picnic table and set up for lunch. After eating we headed towards the playground.

The playground was in our view, but it wasn't exactly close to the parking lot area, so we did have to walk a pathway to get there. Once there, it was time for Phoenix to explore, and it was time for me to take pictures. The playground was moderate in size and play structures. There was a slide that overlooked the surrounding yellow grassy area, a rock climbing area, monkey bars, and a curved ladder. Besides the yellow grassy areas there were also surrounding green grass areas, with lots of  open space to run and play on. 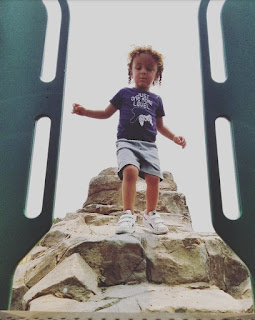 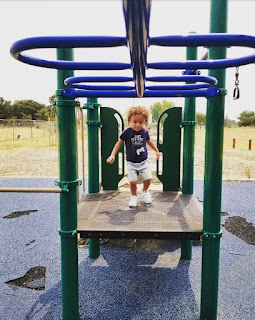 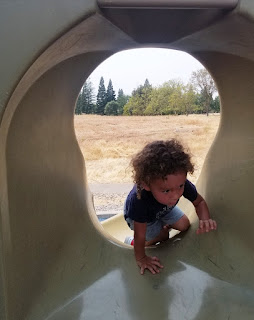 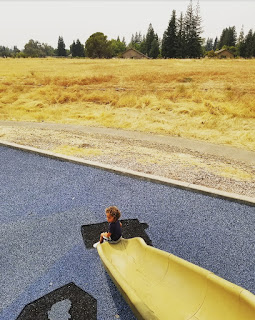 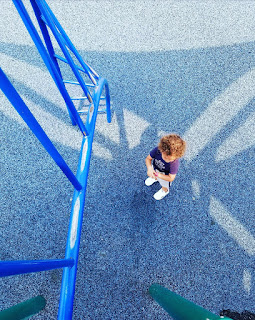 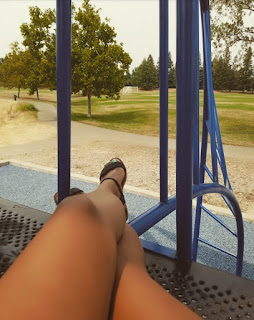 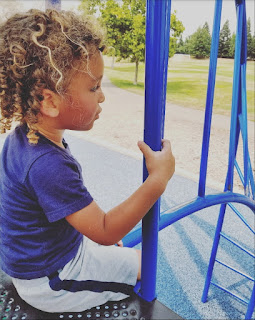 It was a hot day, so there wasn't a lot of running in the open space, and more of finding shelter in the shade, which there wasn't much of. While we were there, two children showed up with their parents. Phoenix sort of played with the younger of the two children (which was still older than Phoenix). Then not too long afterwards, they left due to the hot sun. Shortly thereafter, Phoenix' fun came to end, as we had to leave due to the heat, and nap time. Before leaving, Phoenix left me a nice "gift" in his diaper, which ended in having to change his clothes altogether. 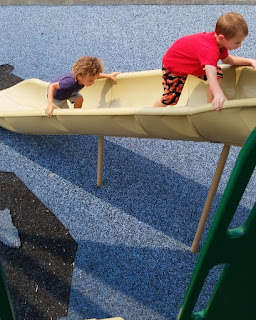 In summary,  Phoenix Park has a lot of open space. Though it has some trees lining the perimeter of the green grass area, it would be nice if there were more areas in the open space with shade, especially on a hot summer day. But then again midday may not be the best time of the day to hit up a playground during the hot summer months? Also, trees in the middle of grassy areas would take away from the open space. Phoenix Park has baseball/softball fields, and seems to have plenty of space for sports to take place, which is great. In the future, if we do come back, I'll make sure it's in the cooler hours of the day. 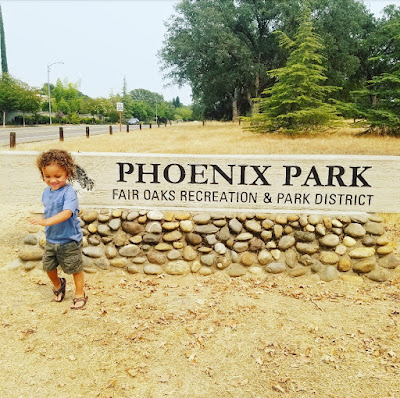 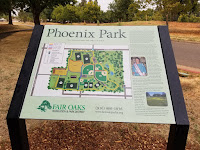 How to get to Phoenix Park:

Labels: Everything in Between